Although Dehner's artistic recognition came undeservedly late in her career, her early artistic training proved extremely formative in developing her future aesthetic. Beginning at the Art Student's League in 1925 and in continuing private studies with Jan Matulka in 1929, Dehner was introduced to some of the great modernists including John Graham, Milton Avery, Stuart Davis and Arshile Gorky.

Trained first as a painter and draftswoman, Dehner's delicate drawings and watercolors are a prelude to her work as a sculptor. These works draw upon the primitive, calligraphic nature of oriental art and represent the possibilities available to an artist. They suggest an “affinity with the understated aesthetic of Paul Klee with each line, color and form emphasizing both a visual and a symbolic isolation” [Grove].

Dehner’s sculptures are monumental in concept and delicate in their deliverance, and remain a testament to the personal and universal symbolic message of art, a mentality implicit of the New York School. Jacob’s Ladder No. 2, an early iconic work, was included in Dehner’s 1965 retrospective at the Jewish Museum, and remains a testament to her commitment to abstraction and her ongoing relationship with space and size. With major peer recognition from established artists like Louise Nevelson and John Graham, Dehner set the standard for a new expression of abstraction.

With over fifty solo exhibitions, her works are included in the permanent collections of numerous major institutions including the Whitney, the Museum of Modern Art, the Philadelphia Museum of Art, the Art Institute of Chicago, the Hirshhorn Museum and Sculpture Garden and the Metropolitan Museum of Art. 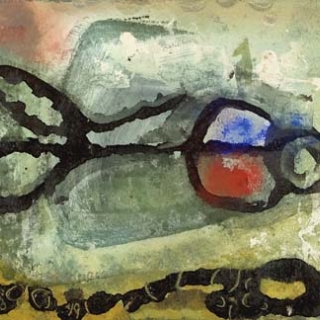